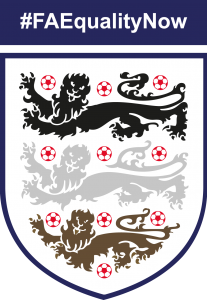 The Football Association blueprint for change

VISION - EQUALITY FOR ALL IN ENGLISH FOOTBALL

MISSION - TO CHANGE THE GOVERNANCE STRUCTURE, COMPOSITION AND REPRESENTATION OF THE FOOTBALL ASSOCIATION.

Why are we doing this?

Why this is important?

We all care passionately about football and the national game. The flagship moments come when the England national teams compete in the FIFA World Cup and UEFA European Championships. Win or lose, there is always hope, expectation, passion and desire.

The English governing body of football (The FA) is not fit for purpose and is extremely ineffective in many ways:

The impact of COVID-19 re-emphasised the need for a governing body which was truly independent and strategic. The FA needs to be representative, open and truly democratic. The FA needs to have the mandate of the people, up and down the country.

Football is for all – a main tagline of the FA. Unfortunately, the slogan does not convert into action.

The Football Association was formed in 1863 and for the past 157 years, its governance has barely has evolved and yet the game and the society it represents has changed considerably.

The way football fans watch matches, the development of youth football and academies and the rise of women’s and girls’ football and even the diverse nature of both the national team and domestic teams up and down the land bear no resemblance to the game as it was in Victorian times.

The FA is not representative of 2021.

The system and structure need to change first and the FA cannot change it themselves.

#FAEQUALITYNOW proposes a 21st Century governance model which is representative of English football and English society.

We passionately believe the change has to occur for the good of English football and for all.

If you love English Football get behind #FAEQUALITYNOW to ensure the FA is fit to run our national game and not stuck in the past.

one person one vote