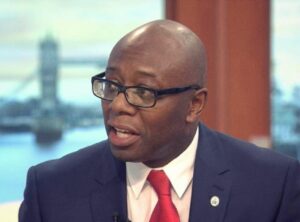 Former professional footballer Mickey Ambrose grew up in Poplar, East London where he was the original ‘milk boy’ in the year England won the World Cup 1966. He worked from 5 am at the age of 5 years old to earn himself ‘Half a Crown’ (13 pence) to serve the local community.

Mickey is an ‘Educational Behaviour Specialist’ who works on the front-line both mainstream, Post 16 & children in Primary, Secondary & Pupil Referral Units condition Autism, Asperger’s, ADHD, extreme challenging behaviour. But he sees through this by ‘opening doors’ to find an educational career pathway for them, by using his vast array of corporate contacts in different industries at the CEO & Director level. He organises behind the scenes Insight Days, Work Experience/Shadowing, Interview & CV Workshops, Part/Full-Time jobs.

Mickey is now a regular face on Sky News and other major broadcasters as a guest expert/social commentator where he debates breaking news stories or brings to the attention injustices. Drawing on years of experience in the game, Mickey is well placed to offer key insight and does so for other channels such as ITN News at Ten, Sky Sports News, BBC News/Sportsday, Good Morning Britain. He recently led 2 major international campaigns with the FIFA Ethics Regulation Watch one on dementia launched on Sky Sports News & BBC SportsDay where he is full of admiration and praise for long time campaigners of dementia Dr Judith Gates, Dr Sally Tucker, Dawn Astle, Penny Watson, John Stiles and Chris Sutton.

And as a result, the government challenged football’s authorities into making the announcement that children under the age of 12 have now been banned from heading footballs during training. Coupled, with this Mickey and FERW welcomes the recent Parliamentary Report on Concussion in Sport.

Mickey is leading a campaign called The Heart ♥️ Beat Campaign with past and present players who include Gary Lineker, John Barnes, Vinny Samways and Jesse Lingard and managers who include Harry Redknapp and the fans and those who love the game including avid Everton fan Holly Hostellier Davies, Manchester Utd supporter Edwin Lewis and Chelsea Senior Scout Lester Thomas.

The Heart ♥️ Beat Campaign is to ensure that every football club not just from Premier League to tier 11 but the 42,000 clubs affiliated to the Football Association have a defibrillator on-site and that there is at least one member of staff trained how to use it.

Ambassador for His Royal Highness Prince William, Royal Foundation, Heads Together and Sport Mental Health. In this role, Mickey presents Gold Certificates at St James Palace for the Duke of Edinburgh Awards on behalf of His Royal Highness Prince Philip (RIP) now HRH Prince Edward. He was invited by the Duke of Edinburgh’s office after he finished as ‘runner up’ to Craig Lundberg one of our British soldiers who was blinded in the Iraq war, in the News of the World’s Children Champion Awards in January 2010 having raised an impressive £2 million for various different charities.

It was a sadly injury that cut Mickey’s playing days short but he was keen to stay involved in the sport and so set out to educate children through football. He has also been a consistent fundraiser via celebrity matches and charity events and also spends his time giving motivational talks to a range of audiences. Mickey often gives his views on medical research into the effects of playing football as well as talking about issues of race in the game. A revered social commentator, Mickey also directs football scenes for television including EastEnders, and films such as Fever Pitch, and also organizes and delivers social inclusion programs across London. As such he is an Ambassador for the sport, as well as for a number of charities. Mickey supports Charlton Athletic and Chelsea FC.