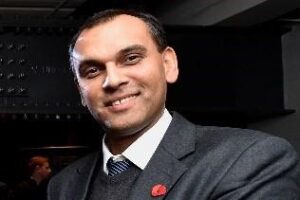 Nigel Fletcher is CEO of the International Sports Convention (ISC) since 2010 which is B2B events, education and media company.

Nigel is also a policy advisor to Fair Game advising on football governance and structural reform and is a Non-Executive Director at Cambridgeshire Football Association.

Nigel was born and educated in Cambridge and has dedicated himself to the Global Sports Industry. He has a BA Hons from Loughborough University, PGCE from University of Oxford (Oriel College), MSc in The Business of Football from Birkbeck College (Football Governance Research Centre), University of London and MBA in Football Industries from University of Liverpool. The first person globally to attain two football masters degrees. He holds the UEFA B Coaching License, being one of the youngest individuals to complete this in England.

Between 2005-2010, Nigel was employed at FIFA in Zurich overseeing FIFA facilities and investment strategy and during his tenure visited 88 national football associations and all FIFA Confederations numerous times. He was also appointed FIFA lead working directly with the South African government in the 2010 Legacy project. Nigel regularly presented to FIFA, UEFA, other Confederations, National Association committees and was involved in a number of FIFA World Cup operations (Youth, Women and Men). He led the International cross-project programme with World Rugby and International Hockey Federation.

Between 2010 and 2018 – Nigel was appointed Executive Chairman of the European Synthetic Turf Organisation (ESTO). 2 days a week based in Brussels. ESTO is the largest (consolidated revenue) sports trade membership body in sport with a significant remit in football facilities. Developed a number of strategic documents for the EU and lobbied EU bodies about the role of sport in the community.

Nigel was also trustee for the Sports for Water Foundation in Switzerland and led on their governance and marketing. Charing the organisation between 2011-2012.

Earlier in his career Nigel was Founder and owner of British Premier Soccer in the UK, which then became one of the largest providers of holiday courses and grassroots programmes in England. Nigel was also marketing Director/trustee of The English Sports Association for persons with learning disabilities and advised The Football Association on International projects within FA Learning. He has worked with Cambridge United Football in the Community and Bobby Charlton Soccer Schools as coach.

In Nigel spare time tries to find his tennis form, and where time allows lowering his golf handicap.

Nigel supports Cambridge United and is married with 2 children, aged 12 and 9.